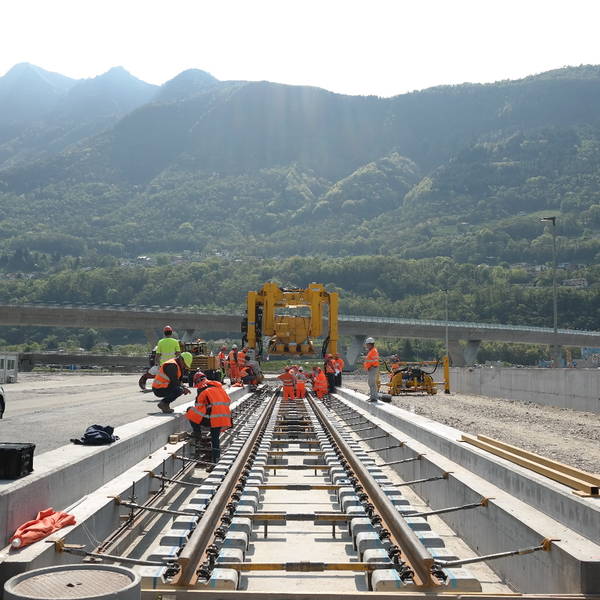 Sonneville’s European LVT licensee Vigier Rail supplied the first 600 LVT Standard supports for the Ceneri Base Tunnel project for a test installation prior to the start of the track installation in May 2017.

The Ceneri Base Tunnel is an integral part of the New Railway Link through the Alps (NRLA), the new North-South railway corridor in Europe, and another important part to create a flat railway trajectory through the Alps. The two 15km-long tunnel is located in Ticino, a canton in the southern part of Switzerland, and is only about 30km south of Gotthard Base Tunnel, the longest railway tunnel in the world, which started revenue service in 2016 and is also equipped with the LVT slab track system.

The new Gilon Tunnel will be equipped with a low vibration track (LVT) system. The...