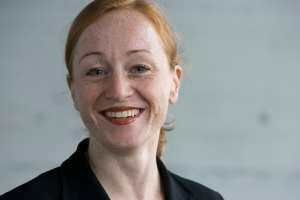 LVT, one of the world’s first slab track systems, has become the product of choice in the most prestigious and demanding railway projects. The excellent reputation of the Sonneville system is down to its precise track geometry and excellent vibration protection. Over 1,000km of the system have already been installed worldwide in a variety of different projects.

Ms Hengelmann, Sonneville AG is the global licenser for the slab track system called Low Vibration Track (LVT). How exactly does it work?

From which components is the system made?

The system consists of a concrete block located on an elastic pad and fitted within a rubber boot. The rail is fixed on the concrete block by means of a rail fastening with an intermediate layer tailored to the pad. After the tracks are fixed, these support points are encased in concrete and the LVT system is created.

On a historical note, what can you tell us about how the system was invented and developed?

In Switzerland, the idea of a slab track was first developed back in the 1960s. The initial test section was installed in Bözberg. Alongside Japan, this made Switzerland one of the first countries to have a slab track in operation. Development back then was carried out in close cooperation between the SBB and Roger Sonneville. Step by step, Sonneville and his son Bernard developed the system into the renowned single block system we know today.

Which development steps, for example to LVT high attenuation (LVT-HA), have since been made?

LVT-HA was in fact the next logical step towards reducing the gap between the shock and vibration control using LVT that was possible at the time, and a light, mass-spring system (MSS). This system enables better vibration protection without the high costs associated with MSS. The system is under constant development and we are currently developing a traffic cable solution.

The LVT system can be tailored to different projects. What system variants have proved most popular on the market until now?

This question is difficult to answer because every product has specific requirements, which we are only too glad to satisfy on an individual basis. In general, we can say that due to vibration protection requirements there is a noticeable trend towards more resilience.

LVT therefore allows very project specific design. What are the other main advantages of the system?

Another important benefit in my view is that variety is possible even within a project. This means that some sections can be equipped with LVT standard and, where increased vibration attenuation is necessary, LVT-HA can be used. And if that is not enough, a MSS can be installed below the LVT system. For maintenance reasons and with regard to the vehicle dynamics, the operator is always dealing with the same system philosophy. We can even offer a solution for points.

For what type of slab track is the LVT best suited?

Due to its flexibility it is superb for a number of different applications including tunnels, open track, bridges, high-speed lines, metro projects and heavy goods traffic.

The LVT system is being used in the prestigious Gotthard Base tunnel. Are there other reference projects you can tell us about, and how many kilometres of the LVT system have been laid so far?

Around the world over 1,000km of track using the LVT system have been laid in a variety of different projects. I would highlight in particular the Lötschberg Base Tunnel, the Citytunnel in Malmö, Sweden, the East London line and Bosporus Tunnel. Three of the four longest railway tunnels in the world use the LVT system.

LVT components are manufactured by the Sonneville subsidiary Vigier Rail. How does Sonneville work together with engineering companies, clients and construction companies?

Sonneville works very closely with the different players of a project to ensure excellent end results, in addition to the benefits of synergies.

How important is quality management for Sonneville?

For Sonneville, quality management is very important and something that we work on continuously. We do so both to comply with the requirements of modern large-scale projects and to provide a high quality end product.