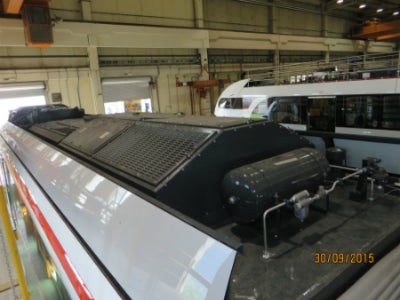 An all-in-one converter has been successfully commissioned for a diesel-electric multiple unit (DEMU) prototype produced by KONČAR.

The converter is similar to the KONTRAC GP 550 DE, the leaflet for which can be downloaded from the KONTRAC CONVERTERS section of our website.

For more than two years, three of the converters have worked effectively on a DEMU prototype produced by another Croatian manufacturer.

Aside from its drive, the converter’s traction control unit is ‘responsible’ for controlling a diesel-generator power pack.

Other versions of the converter can be used on diesel-electric shunting locomotives.

KONTRAC PN225AC is a track-side converter which is used for dynamic reactive power compensation. It...