Track Systems Made by RAIL.ONE: International and Innovative 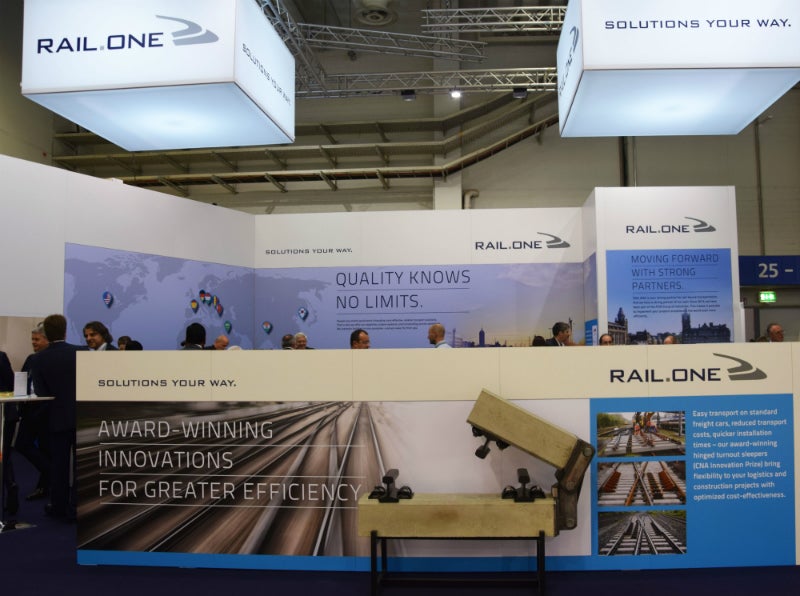 The role of rail-based freight, commuter, and mainline transport around the world is growing. This boom is fueled in part by numerous international infrastructure projects in which the PCM RAIL.ONE Group, with over 60 years experience in the production of concrete sleepers and state-of-the-art track systems, is an important player.

The company will be on hand at the InnoTrans transportation technology trade show to present reference projects and product innovations such as a sleeper with an integrated RFID chip. Those who build railway lines in countries such as South Korea, Saudi Arabia, and the US must take into account totally different conditions of geography and climate.

"RAIL.ONE is already on the ground at eleven facilities in eight countries, producing high-precision track systems and concrete sleepers to meet the unique requirements of a wide diversity of regions. This gives us the closest possible relationship to customers, so we can better understand their needs and respond accordingly," remarks Torsten Bode, chief sales and marketing officer at the Neumarkt-based conglomerate, speaking at the InnoTrans transportation technology trade show in Berlin.

The managing directors of all worldwide subsidiaries were on hand from day one of the event to provide the attending industry professionals with details on international business developments and current projects.

Numerous reference projects attest to the success of the global expansion strategy. In South Korea, the TM Track Systems Ltd. joint venture is producing and supplying most of the sleepers for the high-speed line from Wonju to Gangneung, which will form part of the ‘Olympic Line’ slated for completion in 2017. This line is set to carry most of the passenger traffic for the Olympic winter games in Pyeongchang in February 2018. The ballastless track system will rely primarily on the RHEDA 2000® system, developed by RAIL.ONE and field tested around the world.

The Ha’il production site in the Kingdom of Saudi Arabia is running at capacity for the medium term with annual production of some 610,000 track sleepers and approximately 96,000 linear meters of turnout sleepers. The ballastless track technology and concrete heavy-haul sleepers for ballasted systems are intended primarily for completion of the key high-speed line connecting the pilgrimage cities of Medina and Mecca with connections to the economic center of Jeddah and for construction of what is currently Saudi Arabia’s largest railroad project, the 2,400km North-South Line.

RAIL.ONE is living up to its own ambitions as an innovation leader with a project in the US. RFID chips are being embedded in the concrete of UP15 heavy-haul sleepers for quality assurance purposes, making it possible to permanently track data such as the production date and materials. Inserting the electronics makes it possible to reliably read out data and protect the technology from external influences.