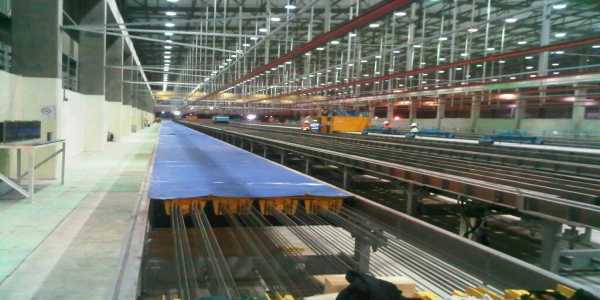 The Austrak team has taken the Dubai factory from contract award to commissioning phase in only 21 weeks.

After 16 years with Austrak in Australia, Larry Hadley was seconded to lead the JV in the United Arab Emirates and said he was impressed by the team effort.

"To begin factory construction on 24 August and to have sleepers going out the door last week is an amazing feat," Mr Hadley said.

"We have an exceptional team here and now that we are up and running, I believe we will be able to surpass production targets in the coming months."

Production targets for the Dubai factory could be as high as 1.4 million sleepers produced each year.