Despite beginning life as a by-product of British colonial rule, India’s railways have come to define and shape the country over the course of the last century and a half. Tracks that were laid to boost a regime and fill the coffers of foreign investors evolved to support the country itself, forming a staggeringly vast network which you could call a jewel in the Indian crown.

As Indian Railways (IR) celebrates the 165th anniversary of its first passenger service, we take a look back at some of its major highlights and chart its course to becoming one of the most prestigious rail providers in the world.

Although rail services in India were initially proposed in the 1830s, historians cite 16 April 1853 as the kickstarter for India’s passenger rail revolution. On this date, the country’s first passenger train set off on a 34km journey between Bombay’s BoriBunder station and Thane. It consisted of 14 cars being hauled by three steam locomotives, and carried 400 passengers.

The line was built through an alliance between the Great Indian Peninsular Railway (GIPR) – incorporated in 1849 – and The East India Company, which at that point ruled large swathes in India. Its success spurred subsequent launches of railways in Eastern India (1854) and South India (1856). Following the opening of the Calcutta-Delhi line in 1864 and the Allahabad-Jabalpur line in 1867, these lines were linked with the GIPR to create a 4,000-mile network spanning the width of India.

Analysis
Is Qatar’s rail network ready for the World Cup? 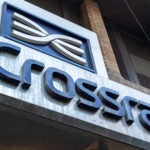 Analysis
The Elizabeth Line is a success: so what about Crossrail 2? 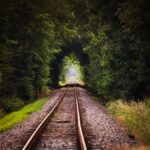 Analysis
How environmentally friendly is the HS2 project?
Data Insights
View All

This early era of passenger travel was primarily funded by private companies under a guarantee system created by the British Parliament, which ensured they would receive a certain rate of interest on their capital investment. In total, eight railway companies were established between 1855 and 1860, including Eastern India Railway, Great India Peninsula Company, Madras Railway, Bombay Baroda and Central India Railway.

Following the Indian rebellion of 1857 and the subsequent liquidation of the East India Company, the British Raj reigned supreme in India. From 1869-1881, it took control of railway construction from external contractors and increased expansion to help areas struck by famine after intense droughts in the country.  The length of the network reached 9,000 miles by 1880, with lines snaking inward from the three major port cities of Bombay, Madras and Calcutta.

The 1890s saw the introduction of new passenger amenities, including toilets, gas lamps and electric lighting. By this point the popularity of the railways had skyrocketed and overcrowding led to the creation of a fourth class onboard. By 1895, India had started building its own locomotives and by 1896 was able to send its own experts and equipment to assist with the construction of the Uganda Railway.

After years of construction and financial investment the railways finally began to make a profit in 1901. Nevertheless, it was during the early years of this century that the scale of government intervention increased dramatically. GIPR was the first company to become state-owned in 1900. By 1907, the government had purchased all major lines and began leasing them back to private operators.

The Railway Board was established in 1901, including a government official, an English railway manager and an agent of one of the company railways. In 1905, its powers were formalised by the government under then viceroy Lord Curzon, and the board has grown in size and prominence ever since. Movements were also made towards a more centralised management system, with both GIPR and East Indian Railways (eir) being nationalised in 1923.

Nevertheless, World War I took its toll on Indian rail development, with production diverted to meet British requirements outside of India. By the end of the war, the network was in a state of disrepair, with many services restricted or downgraded. Railway finances were separated from the general budget in 1924, with the railway receiving its first individual dividend in 1925.

The first electric train ran between Bombay and Kurla on 3 February, 1925, setting a precedent for further electrification in the coming years. By 1929, the railway network had grown to an overall length of 66,000km and carried approximately 620 million passengers and 90 million tonnes of goods annually.

Nevertheless, in the last days of the British Raj, world events continued to play a role in rail activity. The economic depression kick-started by the Wall Street Crash resulted in INR11m being withdrawn from the railway reserve fund. Meanwhile, World War II also stymied railway development, as wagons were extensively commandeered for military movements.

In 1947, the departure of Britain split the nation in two, causing a ripple effect across the railways as more than 40% of the network was lost to the newly created Pakistan. Two major lines, the Bengal Assam and North Western Railway, were divvied up and isolated from the Indian rail system. In the post-partition furore, violent mobs damaged railway infrastructure and attacked trains carrying refugees.

A few years later, Indian Railways set about manifesting its own destiny, acquiring the majority of control over railway franchises in 1949-1950. In 1951-1952, it began reorganising the network into zones. The first train between India and Pakistan, the Samihauta Express, began running between Amritsar and Lahore in 1976.

Moving into the latter half of the 20th Century, the railways increasingly made steps towards modernisation. Colonial-era locomotives were replaced with state-of-the art trains, while moves to adopt 25kv AC traction in the 1950s drove set off a new drive towards electrification.

The 1980s saw a complete phase-out of steam locomotives, as electrification was spurred on by energy crises in the 1970s. Around 4,500km of track was electrified between 1980 and 1990. Meanwhile, India’s first metro system opened in Calcutta in 1984.

Though economic stagnation and political upheaval blocked growth of the network in the 80s, the 90s saw the opening of the Konkan Railway; a 738km behemoth connecting the western coast of India with the rest of the country.

However, the major revolution of the period came from the world of computing. In particular, the Indian Railways online passenger reservation system was launched in 1985 and gradually introduced at Delhi, Madras, Bombay and Calcutta. This was designed to allow passengers to reserve and cancel accommodation on any train from any terminal – a vital boon for passengers – and was extended with the introduction of the country-wide network of computerised enhanced reservation and ticketing (CONCERT) in 1995.

Since 2000, metro stations have continued to pop up in India’s major cities, including Delhi (2002), Bangalore (2011), Gurgaon (2013) and Mumbai (2014). The noughties also saw the creation of the network’s East Coast, South Western, South East Central, North Central and West Central Railway zones, in 2002.

Nevertheless, arguably the greatest step forward for IR was the launch of online train reservations and ticketing through its IRCTC system in 2002. Passengers could now book their journeys online or buy tickets from thousands of agents across the country – a necessary addition, considering that passengers had reportedly traversed a distance of more than 4.5 billion kilometres on the railways in the period from 2000-2001.

More recently, the Gatimaan Express, India’s fastest train with a top speed of 160km/h, made its maiden journey from Delhi to Agra on 5 April 2016. And Indian Railways announced on 31 March 2017 that the country’s entire rail network would be electrified by 2022.

2018: The future of Indian Railways

Today, Indian Railways manages the fourth-largest rail network in the world, with tracks spanning more than 120,000km of the country.

The railway is preparing for the future with a number of initiatives. Current Rail Minister Piyush Goyal said in May that free WiFi services would be provided at more than 7,000 stations by 2019, and IR has invested in greener technologies in a bid to meet 25% of its power demand with renewables, primarily solar, by 2025.