In the last few years, Egypt has seen an exponential increase in funding for infrastructure. According to research by KPM G, transport – and in particular railways – have in the last few years become one of the main economic drivers.

In 2014 Egyptian National Railway (ENR) announced a ten-year investment of $10bn to upgrade the railway network, and ever since the country has kept on investing.

GlobalData’s February ‘Rail Construction Projects – M iddle East’ report shows investment in the Egyptian railway projects pipeline is around $50bn, with 45% of this funding being used to finance current projects.

“Egypt is in the process of overhauling the country’s railways including the infrastructure, rail lines, and building new stations,” reads the report. “Works continue on the US$20 billion Cairo M etro Network, comprising six lines, and improving the quality and level of urban transport services in the city.” 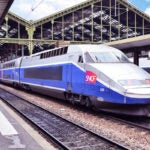 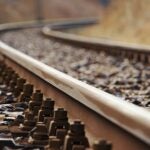 Cairo will not be the only city in Egypt to be involved in the upgrading plans, projects will start all over the country.

Below, we have a look at some of the biggest railway projects the Egyptian Government has embarked upon in the last couple of years.

In January, Siemens M obility signed a memorandum of understanding (M oU) with the Egyptian transport ministry for the development of the country’s first-ever electric high-speed railway.

With an initial order value of $3bn, the first 460km will connect the city of El-Alamein on the M editerranean Sea to Ain Sokhna on the Red Sea at high speed, passing through New Administrative Capital, a new city that is being built 45km east of Cairo to relieve the pressure from the capital’s metropolitan area.

“We are delighted that the M inistry of Transport is seeking to put their trust in us to deliver this important project,” said Siemens M obility CEO M ichael Peter. “Our digital leadership and comprehensive turnkey services will bring an integrated and state of the art high-speed rail system, that will provide a technology boost for the country and create local jobs.”

“The project’s initial phase will create 15,000 jobs as well as 2,000 permanent positions”

In an interview with Egyptian daily newspaper Al-M asry Al-Youm, Siemens CEO and president Joe Kaeser said that the project’s initial phase will create 15,000 jobs as well as 2,000 permanent positions.

The contract’s terms include design, installation as well as commission and 15-year maintenance, and 15 stations are expected to be completed in two years.

The 460km-connection is only the first part of the project, which aims to build a 1,000km railway system network worth $23bn.

“We are honoured and proud to expand our trustful partnership with Egypt. By building a high-efficiency rail system for the country, we will support the Egyptian people with affordable, clean and reliable transportation,” said Kaeser when signing the M oU in January.

The high-speed railway is not the only railway project the Egyptian Government has focused on in 2021.

In M arch the World Bank approved a $241.1m loan, which will go towards the restructuring of the ENR, including the modernisation of signalling on the Alexandria to Cairo and Beni Suef to Nag Hammadi routes.

The loans will also be used to improve passenger safety and punctuality, increasing the number of trains running on time from 75% to 90%.

“Improving the service for millions of passengers per day is a priority, particularly because citizens depend on ENR to access jobs and do other tasks, including fulfilling personal errands.

“Increasing freight transport is also a critical objective, which will increase the economy’s overall competitiveness.”

Intense modernisation works started in 2020 when the European Investment Bank announced in February that it would grant Egypt €2.7m for two railway projects, the upgrade of the railway line that connects the cities of Tanta and Damietta and the renewal of Cairo M etro Line 2.

Worth €1.5m, the project will involve a feasibility study – including an environmental and social impact assessment – as well as works to improve railway safety. Out of the 118km of modernisation works, 65km – which connect the cities of El M ansoura and Damietta – will undergo track doubling.

Other improvements will include the installation of a signalling system as well as a freight yard to Damietta port.

“The current upgrade of Tanta – El M ansoura – Damietta railway goes in line with the EU policy which aims at improving living standards of millions of Egyptian commuters using this important artery through the implementation of an enhanced quality and safe transport system,” EU ambassador to Egypt Ivan Surkoš said.

A further €1.2m will be directed towards a feasibility study for the upgrade and renewal of the Cairo line 2, which will focus primarily on infrastructure and rolling stock – expanding the line’s life expectancy for another 25 years.