Europe has been identified as one of the most favorable regions for investors, seeing high investment activity in the past year. Most of these investments have been through Debt Offering, valued at close to $700 billion. The region has provided attractive investments in a diverse set of companies. Companies who tend to major themes such Digital Media, Cloud, Artificial Intelligence, E-commerce, and Big Data are recording the highest number of deals, with Digital Media recording close to 2,000 deals. However, GlobalData’s whitepaper offers a full view of the market, analyzing less successful or attractive points of investment as well, examining statistics on Equity Offering investments and PE/VC deals. Understand how government agencies for economies around the world use GlobalData Explorer to:   Don’t miss out on key market insights that can help optimize your next investment – read the report now.
by GlobalData
Thank you.Please check your email to download the Report. 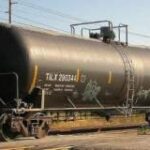 Europe has been identified as one of the most favorable regions for investors, seeing high investment activity in the past year. Most of these investments have been through Debt Offering, valued at close to $700 billion. The region has provided attractive investments in a diverse set of companies. Companies who tend to major themes such Digital Media, Cloud, Artificial Intelligence, E-commerce, and Big Data are recording the highest number of deals, with Digital Media recording close to 2,000 deals. However, GlobalData’s whitepaper offers a full view of the market, analyzing less successful or attractive points of investment as well, examining statistics on Equity Offering investments and PE/VC deals. Understand how government agencies for economies around the world use GlobalData Explorer to:   Don’t miss out on key market insights that can help optimize your next investment – read the report now.
by GlobalData
Thank you.Please check your email to download the Report.
SUBSCRIBED