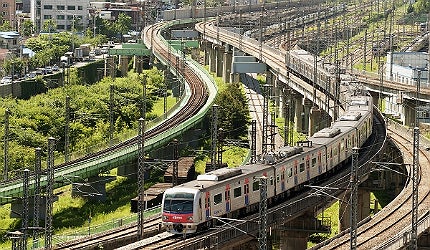 A lot has changed since the first United Nations Conference on Sustainable Development was held in Rio de Janeiro in 1992. But as international delegates gather in the Brazilian city 20 years later for Rio+20, it’s clear that a great deal has also stayed the same.

Looking at the 27 principles of the original Rio Declaration on Environment and Development, it’s impossible not to notice that a huge amount of work remains if the world is to achieve positive human development without sacrificing the world’s fragile natural resources.

As people around the world continue to flock to urban areas – 60% of the world’s population will be based in and around cities within the next 20 years, according to predictions – sustainable urban development has been a major theme at Rio+20.

The development of accessible forms of mass transport, particularly metro and light rail projects, goes hand-in-hand with the concept of sustainable urban growth. A dramatic growth in public transport will be essential, proponents argue, if cities want to promote sustainable growth and curb the emissions from millions of car exhausts.

The statement lays out the arguments for rail development as a driver for green economic benefits, pollution reduction and improved mobility for urban residents, especially those with little income.

From an economic standpoint, the groups stated that worldwide congestion costs economies around one to three percent of GDP, and that maintaining a car costs many families up to 30% of their total income. Placing a greater emphasis on public transport systems would cut air pollution, improve mobility, reduce congestion and road fatalities, as well as create at least 20 million green jobs around the world.

The partners have called on all parties to endorse the doubling of sustainable transport’s share of urban journeys by 2025, as well as strengthening institutional arrangements with development banks, carbon finance instruments and the private sector to advance public transport projects.

"Transport makes up for the bulk of emission worldwide – we are here to show that rail transport is part of the solution to the problem," said Bombardier’s country representative in Brazil Andre Guyvarche, on behalf of Unife director general Philippe Citroën.

"With technologies that are available today, rail can improve the lives of citizens around the globe by providing comfortable and reliable transport at minimal environmental cost. Investing in sustainable transport now means investing timely in the future."

Financing and promotion of new projects

Ambitious goals such as these will require significant investment, both in terms of financing and promotion. Fortunately, Rio+20 has also seen a number of organisations step forward to present their plans for funding rail development, particularly in the developing world and in the BRICS countries that are experiencing rapid growth.

"The development of accessible forms of mass transport goes hand-in-hand with the concept of sustainable urban growth."

The banks warned that unless dramatic changes are made, global CO2 emissions from the transport sector are set to increase by nearly 50% by 2030. A statement from the Asian Development Bank noted that inadequate public transport options not only hinder economic development and environmental performance, but also contribute to growing poverty and inequality in areas including healthcare, education and employment.

During Rio+20 it also emerged that the Asian Development Bank would be financing the electrification of 140km of track on Uzbekistan’s Marakand-Karshi line, an important section of the Central Asia Regional Economic Cooperation (CAREC) Corridor 6. This rail corridor is a vital artery for freight, including 1.6 million tons of humanitarian goods being sent to Afghanistan. The upgrade is likely to be characteristic of the kind of public transport projects the development banks will be funding during the next decade.

Non-governmental organisations (NGOs) are also looking to pump resources into ailing transport systems around the world. Embarq, a not-for-profit sustainable transport initiative of the World Resources Institute, was one of the many organisations that made a ‘voluntary commitment’ at Rio+20. The organisation stated that it would be spending $76m to influence best practices in sustainable transport for at least 200 cities by 2016, including more than ten major projects or policies and with a direct impact for at least 50 cities.

Embarq’s scheme will primarily focus on Brazil, China and India as the core centres of growth and influence in their respective regions. Key milestones that the NGO aims to achieve include 3.1 billion hours of travel time saved, the elimination of 6.7 million tons of CO2 emissions and more than 4,000 lives saved through a reduction in motorised traffic congestion.