The COVID-19 crisis triggered one of the worst peacetime recessions globally. Even as several economies tread the path to recovery, the surge in COVID-19 cases and emergence of new variants, coupled with geopolitical tensions, will continue to cloud the global outlook.  The Global Risk report uses GlobalData’s proprietary Country Risk Index to determine the existing and future level of global risk by assessing over 50 key indicators, including:   Use our Country Risk Index scores to help you understand future global risk and determine your business strategies, growth plans and investment portfolios.
by GlobalData
Thank you.Please check your email to download the Report.

In mid-July, Tina Hughes spoke of her loss, the moment she admits changed her life forever. “Olivia and her friend waited for one train to pass, walked out and were hit by another train heading in the other direction,” she explains.

The death of Olivia, at just 14 years old in December 2005 in Elsenham, UK, is a stark demonstration of the dangers present at level crossings. Since then, Tina Hughes has worked with Network Rail (NR) to raise awareness of the problem and is part of the company’s new campaign on the eve of the school summer holidays – a time, NR says, that is of particular concern. The organisation’s data shows that, on average, near misses at level crossings rise to 47 in August and more than 50 in September, while in the last five years more than 2,000 incidents on level crossings involving young people have been recorded. Furthermore, the latest data from the Rail Safety and Standards Board (RSSB) confirms that, in the UK, there were six fatalities at crossings during 2016-2017. 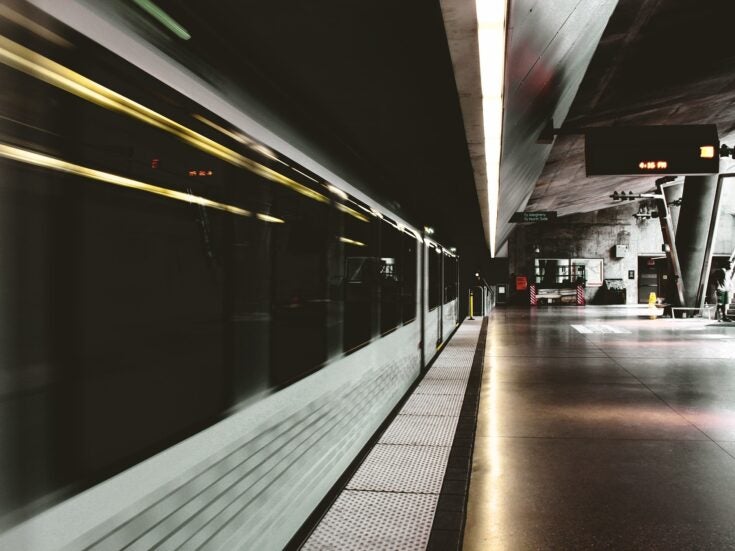 There are numerous examples of near misses, too; people running on tracks, playing and generally fooling about near live trains.

In response, NR is working with the British Transport Police to transform the format of awareness and warnings from leaflets and signage to a more modern medium, namely social media, as well as virtual reality films.

The distractions in modern life

“We went to our level crossing managers and asked, top slice, for the crossings that most concern them,” explains Allan Spence, head of public and passenger safety at NR. “By using the coordinates of those, we've set up geo-targeting,” he says, “where, provided people have one of the common social media apps on their phones, we push into their news feed an initial warning about safety as they approach a crossing. As they get closer, that warning increases and really pushes home the message – take your headphones out, stop, look, listen and beware of trains – are they actually doing that?”

That people are not heeding the warning signs is not solely due to ignorance; many experts agree that the ‘distractions’ have multiplied. “Distraction by technology,” is how Spence describes it, saying, “Now, with a smartphone in every pocket, you have music, podcasts, social media, all of that. As well as walking, we're using devices for those things. Yes, technology is a cause of some of the distraction, but we recognise that we can use that to reach out to people.”

"No matter the culture or the language, almost all collisions involve human factors."

Engagement is still the priority, despite the well-publicised cases of injury or death, as “it seems that people underestimate how dangerous it is to be near the tracks”, according to Libby Rector Snipe from Operation Lifesaver, a US-based non-profit rail safety and education organisation. “Those who are involved in an incident and survive say they didn't think a train would come; they thought they could hear the train coming or go around a gate and beat a train,” she adds.

This view is supported by Isabelle Fonverne, who acts as the senior safety advisor for the International Level Crossing Awareness Day (ILCAD), which in June celebrated its ninth edition. ILCAD involves more than 40 countries and the respective rail infrastructure managers, as well as independent campaign groups, such as Operation Lifesaver. “It's really a problem of behaviour,” she says, “Anywhere in the world, no matter the culture or the language, almost all collisions involve human factors.”

As Fonverne describes, there is a common thread here, one that runs worldwide. It is this that generated the desire for an international forum, to not only share and learn but also create a unified voice and focal point for action. “We try to send a core message,” adds Fonverne, “You really do have to concentrate near level crossings. It's not easy, but we have to repeat and repeat this message.”

Fonverne, who is also projects officer of safety at the International Union of Railways (UIC), believes it important to create “dedicated, local campaigns”, as well as the larger set-piece international conferences, “to engage with communities living near level crossings”.

The concerns outlined should not, however, diminish the progress that has been made over many decades. “In the US, since we were founded in 1972, there has been an 83% reduction in crossing collisions,” says Snipe. “It's has been a collaborative effort but we do know there is more work to do.”

From a European perspective, the most recent EU Agency for Railways safety performance document reports “506 [level crossing] accidents recorded on railways of the EU 28 countries in 2014, compared to 510 accidents in 2013”. It adds that over the past five years, there has been a “slightly decreasing trend of 3% per annum”. Overall estimates suggest that level crossing accidents account for 29% of all rail fatalities in Europe.

"We have to keep reaching out."

Eliminating all risk is only feasible if the crossing itself is removed. This is part of the overall strategy, but has to be put in the context of risk assessments, finance and the needs of the local community.

“Sometimes [people] do not want to have it removed,” says Fonverne. “It is used as the shortest way to go from one part of the town/city to another, or for a farmer, for example, for the shortest way to go to their field. It's a matter of negotiation and also a problem of finance and time.” Nevertheless, NR states that it has closed more than 1,000 crossings in the UK over the past six years.

On the whole, level crossing safety is improving, but Spence warns against becoming blasé, adding: “We have to keep reaching out. Our job is to keep pressing home the message: If you mess about, there may well be a bad outcome.” It is, therefore, an endless process of creating awareness and amplifying the warning signs, in the hope that fewer and fewer people will run the risk.

The COVID-19 crisis triggered one of the worst peacetime recessions globally. Even as several economies tread the path to recovery, the surge in COVID-19 cases and emergence of new variants, coupled with geopolitical tensions, will continue to cloud the global outlook.  The Global Risk report uses GlobalData’s proprietary Country Risk Index to determine the existing and future level of global risk by assessing over 50 key indicators, including:   Use our Country Risk Index scores to help you understand future global risk and determine your business strategies, growth plans and investment portfolios.
by GlobalData
Thank you.Please check your email to download the Report.