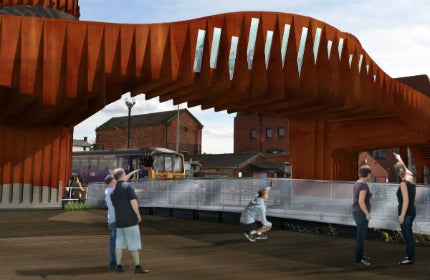 The statistics make for sobering reading. Despite high-profile safety campaigns, the closure of 700 crossings since 2010 and Network Rail’s rolling £130m investment in new footbridges, barriers and technology, nine people in the UK have been killed at level crossings in the last year, 453 pedestrians and motorists were involved in near misses, and ten cars were struck by trains.

In April, Network Rail was fined £450,000 after a 52-year-old woman was killed when the car she was in was struck at a level crossing after the safety barriers had been raised.

A signalman was also fined £1,750 for the incident, which the court heard might not have happened had Network Rail installed an automatic barrier-locking system at the site at Moreton-on-Lugg in Herefordshire.

The tragedy amplified calls for level crossings across the UK rail network – which, according to the Office of Rail Regulation (ORR), are among the safest in Europe – to be replaced either by new automated systems, or by underpasses and footbridges.

Bob Crow, general secretary of the Rail, Maritime and Transport workers’ union (RMT), summed up opinion in many quarters when he said: "The only solution is speeding up the phase-out of these crossings, which are a 19th-century solution in an era of high-speed rail."

Here, we look at leading-edge level crossing safety projects in the UK and around the world.

In August 2012, Network Rail announced an ambitious 18-month safety enhancement programme aimed at reducing the risk to the public at more than 6,500 level crossings by 25% by March 2014.

Described by the authority’s head of level crossings Martin Gallagher as "the most significant business change programme for level crossings in the history of the railway", the project includes investment in new technologies; the phased closure of foot crossings in favour of new bridges and/or underpasses; strategic deployment of specialist staff and public education and awareness.

"Around 25% of all railroad fatalities are caused by accidents at rail crossings."

New technologies include a GPS-based train detection system being trialled in Anglia in tandem with WaveTrain, a mobile detection technique developed in Norway that tracks train movements using seismological sensors attached to rails. In addition, a new audible warning device that alerts users verbally of an approaching second train has been installed at Scarrington Lane in the East Midlands.

Network Rail is also working with the DVLA and the Home Office to introduce type-approved fixed enforcement cameras aimed at deterring motorists from running lights and weaving barriers. A marked British Transport Police van fitted with nine number plate recognition cameras has already been installed at Shiplake station in Oxfordshire, the scene of 13 near misses involving vehicles and pedestrians since 2009. Network Rail plans to introduce ‘smart cameras’ for better census-gathering at 660 locations.

Shiplake has also benefitted from a new modular engineering solution that allows the rapid and cost-effective fitment of barriers to automatic open crossings (AOCL). Successfully trialled at two sites in Scotland and one in Cumbria, the pioneering ABCL (automatic barrier crossings, locally monitored) half-barriers were successfully integrated with the existing crossing system, to reduce barrier down times and congestion; a total of 72 low-cost barriers will be installed nationwide.

With 80% of fatalities at level crossings in the past decade involving pedestrians, the phased closure of foot crossings has the support of both passenger watchdogs and the RMT. Network Rail has singled out 200 sites around the UK to assess their suitability for standard, modular design footbridges, with a view to obtaining planning consents and legal footpath diversion orders.

The strategic deployment of staff involves the national introduction of more than 100 dedicated level crossing managers with specialist training, while public education and awareness takes the form of nationwide media campaigns. In May, a total of 100 events throughout the UK highlighted the dangers of ignoring warning signs and barriers, one of the biggest risks of derailment and multifatality accidents at automatic crossings.

"The rail sector can also benefit from new technology being developed by the automotive industry."

The study is part of the ESA’s integrated applications promotion (IAP) programme to improve level crossing safety, by combining terrestrial technologies with space assets such as telecommunications, observation and navigation. The main aim of the study is to assess the technical feasibility and economic viability of an integrated satellite service combining space and ground-based technology.

According to Berner & Mattner, the risk at level crossings is very high due to the intersection of two different traffic modes and around 25% of all railroad fatalities are caused by accidents at crossings.

Austrian companies Brimatech Services, Joanneum Research and TeleConsult Austria, and UK-based Avanti Communications, are partners in the study, which includes experts from the fields of satellite communication, navigation technology and economic and non-economic technology assessment.

The Australian rail industry has set itself the ambitious target of zero harm at the nation’s estimated 23,500 operational railway level crossings by 2025. At Rail Safety 2013, a recent workshop organised by the Rail Industry Safety and Standards Board (RISSB), national and international experts, operators and regulators discussed radical technology solutions designed to prevent the 37 deaths at crossings every year and reduce the annual bill for rail level crossing (RLX) incidents in Australia, which currently stands at A$116m.

"These crossings are a 19th-century solution in an era of high-speed rail."

Scientists at Queensland University of Technology have finalised design and methodology for the CARRS-Q driving simulator, which will assess the effects of the ITS on driving performance, mental workload, user acceptance and effects on traffic flows around rail level crossings.

According to Terry Spicer, MD of RLX Safety International, innovation in vehicle and road technology "has the potential to reshape the way we interact with vehicles, infrastructure and mobility devices and indeed the future design of our cities, roads and transport systems, including both road and pedestrian users of level crossings."

Despite notable improvements in level crossing safety and a corresponding decrease in incidents, a steady stream of fatal accidents worldwide proves that the issue remains unresolved.

In the UK, Network Rail’s five-year, £37.5bn investment in UK rail includes 355,000 more trains in service and 225 million additional passengers a year. This expansion means that level crossing safety technology and practice must continue to evolve in order to keep pace with increased demand.

Network Rail has been ordered by the ORR to find savings of £2bn during the next five years, while improving punctuality and maintaining safety standards. It remains to be seen how this will impact, if at all, on investment in level crossing technology, staffing and infrastructure.

What is clear is that the concerted effort on behalf of all rail industry stakeholders must continue as long as, in the words of the ORR, the UK’s level crossings continue to "pose a significant rail safety risk to the public".

Network Rail is about to open the first stage of the redeveloped Birmingham New Street station to the public.