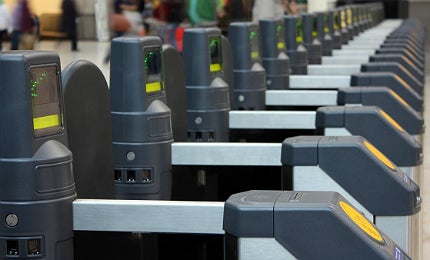 Rail fares in the UK are the most expensive in Europe, while the ticketing system is one of the most complex. This has made buying the best value train tickets an arcane art of juggling different journey times, ticket types, routes and purchasing dates, which can lead to unsuspecting passengers falling foul of restrictions and subject to penalty fares.

The Association for Train Operating Companies (ATOC) claims making its fare data available for free will enable customers to make more informed choices, but will it ensure they get the best deal?

David Sidebottom, director of independent passenger watchdog Passenger Focus, says: "Value for money has become the Achilles’ heel of the rail industry, with less than half of passengers in our most recent survey saying that their ticket was good value. Some passengers tell us that they can find the fares system complicated and illogical."

One such passenger is professional opera singer Kirstin Sharpin, who travels extensively for work and books train tickets up to five or six times a month, depending on where she is working, but still struggles with current online booking systems.

"Apart from one extraordinary experience where a last-minute First Class London-Glasgow ticket was cheaper than the same journey in Standard, rail fares are a thing of mystery and confusion, as well as a thorough embarrassment for this country, when tourists are charged huge penalty fares for innocent mistakes," she says.

Despite being something of an expert train traveller, Sharpin has fallen foul of the complex system herself, being charged a £70 penalty fare for getting on the 12:04 train rather than the 12:07 to the same destination.

"I’ve also booked train tickets online in France, Italy, Spain, the Netherlands, Germany and Austria, and by comparison buying a ticket for rail travel anywhere in Europe is an oasis of clarity and calm, unlike here," she adds.

According to Passenger Focus, the main benefit to passengers of websites and smartphone apps developed around the newly released data would initially be to enable them to take better advantage of what is known as split tickets.

"Further savings could potentially be found by buying tickets for part of the journey in advance and another part on the day of travel."

If a train journey from London to Newcastle is £100, for example, a traveller could book tickets for London to Peterborough, then from Peterborough to Newcastle, as separate journeys but much cheaper, without having to change trains. Further savings could potentially be found by buying tickets for part of the journey in advance and another part on the day of travel.

Before the free data was released, consumer finance website MoneySavingExpert created an app that enables users to work out if a better deal was available by splitting tickets, but only for turn-up-and-go journeys. However, it does not incorporate the ability to book in advance, and often the best fares can be found by mixing advance fares with turn-up-and-go ticket.

To access the full range of fares required the complete fares database, which until the recent release required a pricey licence to use.

"The UK has an exceptionally complicated fares system, and splitting tickets makes it even more complicated."

However, if websites and apps developed to use the data prove successful, the scheme may in time backfire, with rail operators finding their revenue reduced by increasing numbers of customers exploiting anomalies in the system, such as splitting tickets.

Split tickets exist in the first place to encourage people to use a train on routes and at times they might not normally consider. For example, the market from London to Newcastle is more popular that the market from Peterborough to Newcastle, and because they have spare capacity, train operators introduce a cheaper fare to encourage people away from driving and on to trains. According to Passenger Focus, if more people then take the journey using split tickets, operators might just get rid of those anomalies and price it proportionally.

But, in the long run, exposing these inconsistencies could lead to a clearer future pricing system. The UK has an exceptionally complicated fares system, and splitting tickets makes it even more complicated. Finding the best deal is not for the faint-hearted, as getting it wrong could find the ticket-holder on the receiving end of a penalty fare or unpaid fare notice, because the restrictions on these tickets are so confusing.

For Passenger Focus, the ideal solution would go beyond merely making the fare data available to creating a less complicated fare system altogether, and for tickets to clarify on which services they are valid. It is currently possible to buy a ticket from a vending machine at a mainline station, get on the next train and find it is not valid for that service, for example. While standard advanced fares specify a train service and departure time, saver returns are far more complicated.

Simplicity, at a cost

The UK’s system is not all bad, however, and any simplification must be careful not to counteract current advantages. Although the UK’s turn-up-and-go fares are far more expensive that the rest of Europe, for example, our continental counterparts offer far less frequent trains without the advantage of much cheaper advance fares. The ATOC data release is for now a triumph for data transparency, but it may take a while before rail travellers feel they are getting a genuinely good deal.