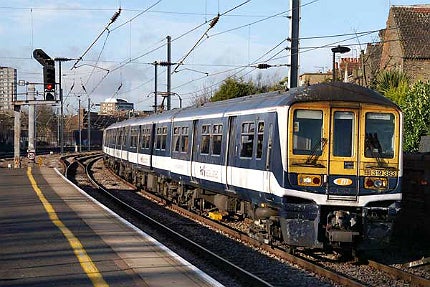 The consortium beat out competition from Canadian train manufacturer Bombardier to secure the contract.

Under the deal, the consortium will be responsible for the construction and maintenance of 1,140 new carriages to be used on London’s Thameslink commuter network.

The rolling stock project is part of the £6bn Thameslink Programme, which is scheduled to be completed in 2018.

Qatar Rail Company has awarded four contracts worth a total of $8.2bn to design and build railway lines as part of the first phase construction of the Doha Metro.

Work under phase one of the project will include the design and construction of four rail lines, as well as an underground section; the entire project is scheduled to start in late 2013 and be complete by 2019.

Canadian rail manufacturer Bombardier Transportation has signed a framework agreement worth up to €1.5bn with Deutsche Bahn (DB) to supply electric locomotives.

The framework agreement involves the delivery of up to 450 locomotives by 2020, with DB’s options allowing for multiple variations and technical options.

Under a call-off option in the framework agreement, DB has exercised the first call-off for 110 locomotives for DB Schenker Rail and 20 units for DB Regio, which will cost €430m.

In addition to the new-generation C30 metro fleet of 96 trains, the contract also includes an option for an additional 80 Movia metro vehicles.

Bombardier will build the articulated Movia C30 trainsets at its Hennigsdorf plant in Germany and will start delivery from November 2016, with the trains scheduled to commence operations on the Stockholm metro’s Red Line in early 2017.

The double-track line will pass through three Indian states, from Rewari in Haryana to Iqbalgarh in Gujarat via Rajasthan.

Japan International Cooperation Agency (JICA) will provide funding for the new freight line, which will be a part of the 1,490km western corridor proposed between Dadri near Delhi and Jawaharlal Nehru Port Trust near Mumbai.

A two-year study carried out by the International Union of Railways (UIC) and supported by the Community of European Railway and Infrastructure Companies (CER) has shown that usage of composite brake blocks can reduce the noise caused by train brakes.

The EuropeTrain project, undertaken with the participation of 27 railway operators and eight railway manufacturers, delivered its results after successfully testing the LL brake blocks.

During the programme, a test freight train made up of 30 representative freight wagons from a number of European rail freight undertakings, was equipped with LL-type composite brake blocks and operated over 200,000km across Europe.

The UK opened its first-phase High-Speed 2 plans to public consultation in May, while Australia announced its transport budget for 2013-14.