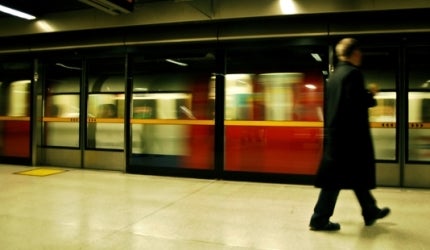 Driverless train technology might not be a new concept for the world’s metro systems, but it’s still something of a contentious issue in public transport circles. On one side, driverless trains are being championed as a way of avoiding human error and reaching new levels of efficiency at a time when many metro systems are operating at the very limits of their capacity. On the other, critics are concerned about entrusting public safety to a driverless system, as well as the spectre of mass job losses.

A spotlight was shone on the debate during the run-up to London’s mayoral elections in early May 2012, when incumbent Conservative candidate (and now re-elected mayor) Boris Johnson pledged to introduce more driverless and automatic technologies to London Underground lines in an effort to thwart union strikes and improve punctuality. "It is time to move forward with ‘train captains’ – along the lines of the DLR [Docklands Light Railway] – with all the efficiency benefits it will bring and absolutely no loss of safety," stated Johnson in his transport manifesto.

Naturally, the unions disagreed. The UK’s largest transport workers’ union RMT accused Johnson of trotting out an eye-catching plan to court undecided voters, at the cost of passengers who rely on trained drivers in emergencies and when automation fails. "Boris Johnson is prepared to take a lethal gamble with passenger safety in his quest for votes and just like his pledge of a ‘no-strike’ agreement four years ago this is nothing more than unworkable hot-air, aimed at grabbing a few cheap headlines," said RMT’s general secretary Bob Crow.

Automation has been implemented to some extent on the London Underground’s rolling stock, with semi-automatic train operation in place on the network’s Victoria, Central and Jubilee lines. But while drivers on these lines need only open and close the doors while the train is on the platform, other countries have implemented more advanced automation systems that are truly driverless.

"All operations are overseen by a vast array of remote technologies, from CCTV and onboard telemetry to automatic detection systems."

But increasingly, modern networks like the Dubai Metro, Tokyo’s Yurikamome and elements of the metro networks in Paris and Barcelona are embracing true driverless systems, with trains run automatically with no onboard staff necessary. All operations are overseen by a vast array of remote technologies, from CCTV and onboard telemetry to automatic detection systems. These advanced lines are monitored by a control centre that tracks all trains and potential hazards.

As the technology continues to mature, it has spread beyond the developed world, with cities like Delhi and Shanghai in various stages of driverless development for their metro systems. In March this year, the Delhi Metro Rail Corp received a bid from Thales to implement its SelTrac communication-based control system. A remotely controlled, automatic system is being heavily indicated for inclusion as part of the Delhi Metro’s next phase of expansion.

One of the main objections to fully driverless metro networks is a perception that handing total control over to an automated system poses a threat to public safety. This is partly driven by the natural comfort derived from having a qualified human driver on the train to react to unusual situations and provide a friendly face to the public.

The Rail, Maritime and Transport (RMT) union in the UK says that plans to turn all trains on the London Underground system to a driverless network will affect safety.

In London, the debate over driverless technology has been heightened by several incidents that seemed to highlight the potential dangers of taking humans out of the driver’s cab. Earlier this month it was reported that London Underground was to be fined after a driverless engineer train ran out of control on the Northern Line for nearly four miles in August 2010; the driver of a passenger train in front had to be instructed to increase his train’s speed to avoid a collision.

In March this year, meanwhile, a young child was saved by a driver after slipping between a train and the platform edge at Finchley Road station. The Jubilee Line train was equipped with semi-automatic train operation technology, but the automatic system incorrectly gave the all-clear for the train to start moving again.

"The driver, on a final visual safety check, saw a tiny hand reaching up from the track," said Mick Whelan, general secretary of train drivers’ union Aslef. "All the automatic devices showed the platform was clear. Only a driver could have averted a potential tragedy."

Despite the emotional power of anecdotal evidence like this, individual incidents on a network not set up for full driverless operation can hardly be used to criticise the technology as a whole. Referring to the incident in March, London Underground Nigel Holness acknowledged that "the whole design and operation of the network would be different with driverless trains and therefore we cannot compare the two".

As technology improves, more cities are opting for fully automated and driverless metro systems. Elisabeth Fischer finds out how removing the element of human error can help an industry keen on enhancing safety and customer service.

Indeed, on metro networks that have been specifically designed to host driverless trains, the evidence suggests that safety records are generally excellent. In an article on the SkyTrain driverless metro system in Vancouver, public transit planning consultant Jarrett Walker noted that human controllers are still very much part of safety protocol in a driverless system.

"SkyTrain provides exactly the same emergency intercom button, but the person you’re talking to is in a central control center instead of on the train," Walker wrote. "As a result, they are likely to have a better view of the whole emergency, and the resources at hand than a train driver could have."

On the Dubai Metro, which upon completion overtook SkyTrain as the longest fully automated driverless network at just under 75km, is a safety success story. Dubai’s Roads and Transport Authority (RTA) revealed this month that the network has a train fault rate of one fault per four million kilometres travelled, making it at least as reliable as most conventional metro networks. The network is constantly monitored by two operation control centres, which, according to Rail Agency CEO Adnan Al Hammadi "act as a watchdog of the movement of trains throughout the day to ensure the safety of commuters".

Advantages of driverless trains: could driverless tech improve punctuality and efficiency on the Underground?

The main draw of driverless technology is to improve punctuality and reduce ongoing operating costs. On this point there are few who doubt that driverless systems hold significant advantages over their traditional counterparts.

"Driverless metros ‘break the connection between frequency and labour costs’."

Dubai Metro has set the benchmark for driverless systems for punctuality since it began operations in mid-2009. Even in the first six months of its operation, the metro achieved a 99.69% punctuality rate, putting it ahead of its driverless rivals like the DLR and Singapore’s North East Line, and at the top end of any metro system worldwide.

In terms of operational efficiency and cost-saving, driverless networks also offer some fairly obvious advantages. As Walker puts it, driverless metros "break the connection between frequency and labour costs", meaning that increasing the rate of arriving trains, or running services outside the usual hours, incurs no extra costs in human labour. According to Walker, this is particularly advantageous to metros in smaller cities that don’t have access to massive budgets: "No non-automated system could have delivered such high frequencies late into the night in a city of Vancouver’s scale."

Paris transit authority RATP has launched the first driverless trains on Metro Line 1 as part of a €600m automation project.

Unfortunately for London Mayor Boris Johnson, one area in which driverless technology is unlikely to prove beneficial is his stated objective of removing power from striking unions. Unless a system can be operated completely unmanned – a move for which London is not currently ready, technologically or politically – then the power to strike will simply transfer to train attendants or train captains, who must be qualified to drive the train in an emergency. The train captains working on London’s driverless DLR are members of transport unions, and have been willing to strike before, so why should it be any different if automatic train operation was implemented across the wider Tube network?

Experience of driverless technology over the last ten years has proved that the gradual transition to automated train operation is a virtual inevitability. Even retrofitting the technology into an old underground system like London’s now has a precedent, as the Paris Metro’s oldest line, Metro Line 1, has now made the transition to driverless operation, with the last manually driven trains due to be phased out completely by the end of 2012. It seems impossible to imagine that any metro system designed from now on will choose anything but a driverless system. Despite reservations about the transition from manual to automatic, the only question that remains for older networks is how best to catch up.