Anderberg has taken time away from his holiday to discuss Alstom’s proposed double-decker trains for HS2.

When unveiling its plans for the £7bn contract to build HS2’s rolling stock for phase one – linking London to the West Midlands – Alstom urged the government not to dismiss the idea entirely; a new rail line should encourage a new attitude to rolling stock, goes their argument. But, why double-decker? 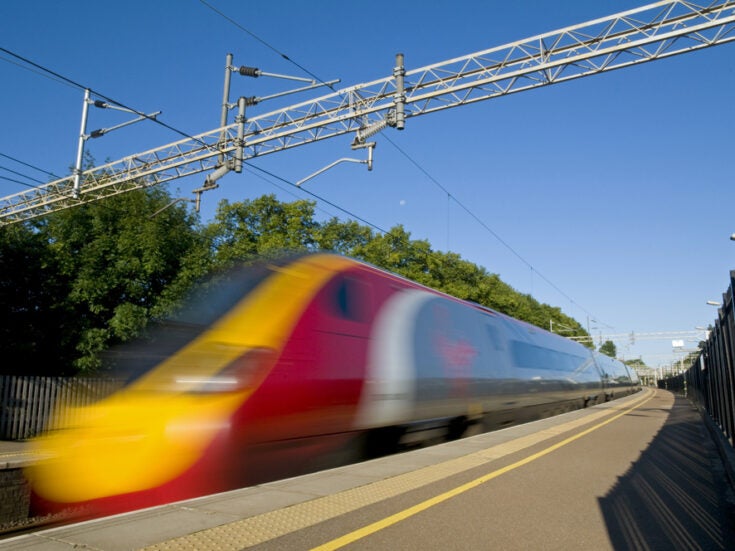 “You have so much more space on these trains,” says Anderberg. “We've been looking at the passenger volume; you can have 40% more passengers on a double-decker train.” Passenger numbers are expected to double in the next 25 years, so it seems logical that Alstom’s idea could ease overcrowding.

"But,” adds Anderberg, “you can also use this extra space for more restaurants, children's playing areas, bars and all kinds of things.”

"You have so much more space on these trains."

Anderberg reiterates that the aim is more to do with creating a new passenger experience, moving away from the trolley-car service or single buffet car that has become ingrained on long-distance journeys, and giving trains the “wow” factor again.

“Imagine a two-storey bar, where you can buy your drink, go upstairs and see the panoramic views,” says Anderberg.

“We have engineered this. It's not just design sketching; we can do it.”

However, what will be of greater interest to passengers is cost. Is it not true that a double-decker bar, high-class restaurant and so on would result in a higher price? Not necessarily says Anderberg..

“Since you carry so many more passengers, you also have the advantage as the cost per seat can be much lower,” explains Anderberg. So, he continues, “you could also have an effect on the ticket prices”. At this stage, of course, it’s speculation, but in an ideal world it would be business class travel at economy prices.

It’s important to keep in mind that HS2 is still working on its rolling stock and depot strategy, which could be published towards the end of the year. The procurement process could start early next year.

What is known is that trains will need to be 400m long, consisting of two 200m units. This, says a HS2 spokesperson, will “allow services to Scotland, for example, to split in half to serve Edinburgh and Glasgow, or to provide flexibility to send 200m services to places like Liverpool Lime Street with short platforms”.

Capacity will be approximately 1,100 people, but what the strategy will outline is the quantity and type of rolling stock needed, and, crucially, the mix of classic compatible trains (those capable of operating on the existing network as well as HS2) and those known as ‘captive’ trains, which are only capable of operating on the high-speed network.

Whatever that decision is, it is likely to change a great deal, as the double-decker trains would realistically only be able to run on the high-speed network. “They might end up with just the classic compatible ones, which we knew when we launched our double-decker proposal,” admits Anderberg.

"[But] we thought it was important to showcase our technologies, because the double-decker is only one option. We have single deckers, distributed power, push-pull and tilt technology.”

Nevertheless, “we decided to go ahead with the double-decker route, because we thought, this is the most unique thing”, says Anderberg.

"At the end of the day we will see what specification HS2 comes up with in the first phase and will respond to that."

A first for the UK?

Much of the media coverage on Alstom's idea has referred to the fact that it would be first for the railways in the UK; well, not quite.

It was shortly after the end of World War Two, as overcrowding on the Southern commuter services into London began to reach breaking point, that Oliver Vaughan Snell Bulleid was tasked with finding a solution. When extending platforms was deemed too expensive, Bulleid devised the idea of a double-decker.

According to the Bulleid 4-DD Double Deck EMU Group website, the increase in train height  (it was 4.5" higher than normal commuter trains of the time)  meant that trials took place on the Charing Cross to Dartford (and Gravesend) lines. Incredibly, the Bulleid trains were only withdrawn in 1971.

“They found that there was a sort of ingress and egress problem,” says Christian Wolmar, one of the foremost transport journalists in the UK. “It slowed the trains down, because it took so long to get people on and off.

"This technology is very, very proven."

"The limitations of the network stopped the experiment. We just don't have the tunnels and the space to do it. It has always come up against this issue.”

That, however, has not stopped people trying. The Tomorrow’s Train Design Today competition, which aims to create railways fit for the future, included on its shortlist the double-decker Aeroliner 3000.

Trevor Bradbury, from the Rail Safety and Standards Board, one of the leaders in the competition, said in November 2015: "When you walk on to a train nowadays, you step up on to the carriage. There is actually a lot of space that you can use beneath the vehicle, which is what this design does."

There has also been huge uptake across Europe, for both suburban commuter travel and high speed networks. Alstom-designed double-decker trains have been operating in France, Germany, Spain, Switzerland and Luxembourg for a number of years, and will soon make their debut in Morocco.

Anderberg says: “200 trains, every day, are in commercial service as double-decker high- speed trains. They have travelled more than 1 billion kilometres, so this technology is very, very proven.

"What we are doing now is making the new generation, building on that older technology We are trying to refine it, to optimise it and do it even better."

Would the public welcome this “new generation” of trains? Anderberg is confident they would. "Everybody of course is excited. They think it's an interesting idea, [and one] that we need to look into more.”

“The people I know, who have been to France and see the double-decker in action, have been positively surprised,” he adds. “I think it would a very exciting thing for the UK to consider.”

At this “very, very early” stage, consideration is as far as the idea has progressed. Not until the release of the rolling stock strategy will Alstom and Anderberg know if they can bring their idea of the “wow” factor to HS2.