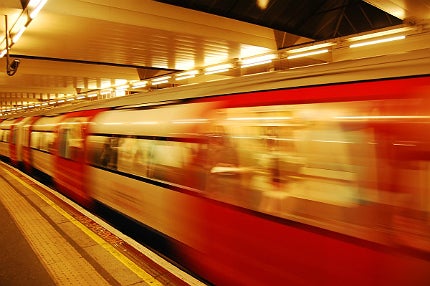 According to the Association of Train Operating Companies (ATOC) Britain’s railways have just seen a decade of unprecedented growth, as shown by its Growth and Prosperity report. There are a million more trains and half a billion more passengers than there were ten years ago and it is predicted that another 400 million journeys will be made by rail by 2020.

With a rail revival occurring worldwide, including Europe, the Middle East, Asia and Australia and a rail boom predicted for the US, it is more important than ever before to have interoperable systems.

With high speed networks, companies can optimise operations, such as scheduling, improve safety through real time camera surveillance and improved maintenance, as well as improve the passenger experience by providing smart ticketing and high quality connectivity.

The secret to implementing these ambitious goals? The rollout of a 4G network.

"Solutions also need to be able to cope with increasing data demand from passengers in the future."

"They usually use multiple systems for multiple existing applications and most of the time these legacy radio systems offer limited scope for adding new services. Operators have a choice of either adding yet another radio system or re-thinking their approach to broadband wireless connectivity with a 4G solution."

By creating a broadband wireless network, rail operators not only deal with the obsolescence of their legacy systems, but they are also able to add services and cut costs. "They can deploy commercially available technology, which is cheaper than the bespoke products the rail industry used to have, and, best of all, they can drastically reduce their operating expenses," said Andre.

Russell McCullagh, managing director of Ecebs, one of the UK’s leading smart transport technology companies, believes the introduction of 4G onto rail networks will have a similar impact on driving the creation of and demand for new services that broadband had when introduced alongside early dial-up connections.

"Introducing broadband has driven the introduction of new services, such as online streaming of music, films and television and the widespread use of video content," he said. "4G can have a similar shift in rail transport, as it will help consumers grasp quite how easy and convenient mobile ticketing, for example, can be. Supply will increase, as will demand, both of which will drive consumers to use mobile applications with increasing frequency."

"But it will also do much more than that – we are already working towards combing added-value services with mobile ticketing, meaning the overall proposition to the end consumer is much more attractive," said McCullagh. "The introduction of 4G will enable operators and other providers to combine services in a way that will transform the customer experience for the better."

A 4G network would also solve issues that rail operators currently have with passengers experiencing poor 3G connectivity on rail journeys. As smartphone use continues to increase in the UK and all over the world – and as Wi-Fi is now more commonly available on aeroplanes – patchy or non-existent coverage on railways puts this transport mode at a distinct disadvantage.

"Supply will increase, as will demand, both of which will drive consumers to use mobile applications with increasing frequency."

While the debate continues over whether passengers would be prepared to pay for 4G coverage on trains – certainly at the moment, 4G subscribers expect high bandwidths and excellent coverage due to the premium price of their subscriptions – it is likely that spare bandwidth would be available for passengers to use. This would, in theory, offer passengers the download speeds they have come to expect, but only if coverage is good.

"Unless rail operators can find a way to boost coverage of even basic services, rail passengers will continue to receive a poor experience. A key segment for early adoption of 4G will be business travellers who would benefit the most from 4G rail coverage."

According to Andre, there are two major obstacles being faced by the rail operators in relation to a 4G solution: the standardisation of 4G vis-à-vis the existing signalling applications and access to sufficient spectrum by rail operators.

"The standardisation is currently being addressed by the UIC (International Union of Railways) and there is a published time plan to arrive at a validated ETCS / 4G solution," he said. "The second issue of access to spectrum varies a lot depending on the region and the individual countries. We see that Asia Pacific and the Middle East are more ready to give their public transport authorities access to spectrum, unlike Europe, which is a more regulated market. We see that in Europe it is likely that rail operators will have to make commercial arrangements with licensed mobile operators to deploy the technology."

Solutions also need to be able to cope with increasing data demand from passengers in the future and to provide decent coverage across the entire rail network. This is an area that Ingo Flömer, director of Product Management at Axell Wireless, is particularly concerned about in the UK.

"Great Britain’s rail network includes about 14,480km of passenger and freight track with approximately 6,300km of cuttings of various depths and 335km of tunnels, as well as sparsely populated countryside that creates ‘not-spots’ where coverage is poor," he said. "In addition, part of the problem is the trains themselves. Many assume that the mobile signals from outside simply penetrate the train and get inside that way, but with modern trains, the build materials used – specifically a metallic coating designed to shield the windows from bright sunlight – mean that the signal simply can’t find its way through."

No matter what train operators decide to do, they need to consider the fact that if they do deploy a system to help with cellular coverage that it is future-proof and can cope with not only 2G and 3G, but also 4G, as networks continue to expand across the world, adds Flömer, a point that Coleman also agrees with.

The future – unsurprisingly – is 4G

For Flömer, cellular connection in rail transportation is the future. "At Axell we often refer to wireless coverage as the fourth utility – people don’t see it as ‘nice to have’ it is expected regardless of where they are," he said.

In terms of how quickly the industry can expect to experience 4G regularly on our rail networks, Andre explains that because there is a proven need and benefits for 4G – and, as a result, Alcatel-Lucent is already involved in many projects worldwide – it is likely that this development will occur in the not too distant future. "We expect to see some trials for specific applications in specific countries by the end of 2014," he said.