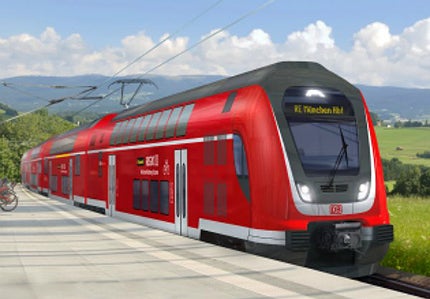 UK to trial flexible ticketing in 2014

The UK Government is planning to carry out a flexible ticketing trial in a bid to improve the rail travel experience for commuters in the country.

As part of the plan, the Department for Transport (DfT) will launch a competition in 2014 to select a train operator to operate a pilot on a busy commuter route into London, in order to assess the benefits of flexible ticketing.

Flexible ticketing is intended cut the money spent on fares and spread demand across the network by encouraging passengers to take less busy services.

West Midlands transport authority Centro’s £31m plan to extend the Midland Metro in Birmingham city centre in the UK has entered a new stage of development, with authorities seeking public views on the project.

The extension plan by Centro will see the tram system travel through Paradise Circus up to Centenary Square, to help improve transport links and drive economic regeneration in the city.

Centro rail lead member Cllr Roger Horton said the work is already underway to connect the Midland Metro to both New Street and Snow Hill stations and the plan is to build on that and further improve the network in Birmingham city centre.

The order is part of a framework agreement signed in 2008, under which DB has already ordered 392 variable double-deck coaches for operations on long-distance and regional routes.

The new trains will be operated on the regional network in Bavaria, Germany, from December 2016 on the Augsburg – Treuchtlingen – Nuremberg and Treuchtlingen – Ingolstadt – Munich routes.

With the extra funding, the bank has now provided nine loans to PLK totalling €1.65bn to finance railway modernisation programmes across the country.

The latest project involves the laying of a second track between Warsaw and Radom, upgrading the present power supply and replacement of the signal and telecommunications systems.

The Gulf Cooperation Council (GCC) states are set to establish a governing body, the GCC Railway Authority, to undertake a project involving the development and operation of a railway network for the region.

The project, a 2,200km railway line, is planned to have an estimated investment of $200bn and also includes the construction of metro railway projects in Saudi Arabia, Qatar and Kuwait.

During a meeting between the Gulf countries’ transport ministers in late September 2013, the council intended to finalise terms for the formulation of the authority.

New air-conditioned trains have begun operating on London Underground’s Circle Line as part of the launch of 53 new trains on both the network’s Hammersmith & City and Circle lines.

In addition to air conditioning, the trains feature automated visual displays and station announcements, along with CCTV and dedicated wheelchair areas.

US-based Kawasaki Rail Car has secured a $1.8bn contract to design, manufacture, test and deliver a base order of 92 M9 cars for the MTA Long Island Rail Road (LIRR) in New York, US.

The new vehicles will replace LIRR’s ageing M3 fleet on a one-to-one basis. The order comprises of additional options for 584 cars for LIRR and MTA Metro-North Railroad, according to an article by LIRR.

Funds for the 92-car base order will come from the MTA’s 2009-2014 Capital Program. The new cars will be designed to operate on both LIRR and Metro-North systems without requiring any technical modifications.

Rocky Mountaineer, the operator of five rail routes through North America’s Pacific Northwest and the Canadian Rockies, has selected GuestLogix’s onboard retail technology platform for use on its trains.

Upon deployment of the retail platform, chip and pin payments will be securely accepted onboard using handheld point-of-sale (POS) devices across all routes operated by Rocky Mountaineer.

The North American passenger rail operator will also use GuestLogix’s credit card processing system, which allows for the purchase of food and beverages, as well as in-house merchandising on all routes.

NextAgent: the next step in transport ticketing?