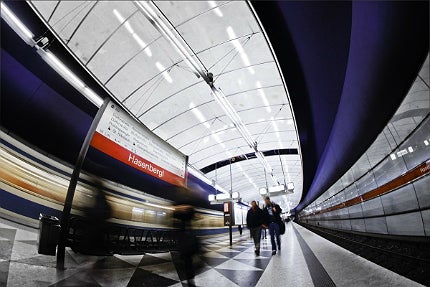 Subways are complex systems that consume high levels of electricity – due to equipment required for elements such as lighting, ventilation and passenger handling – and reducing energy consumption on the underground is key to running sustainable cities.

To help achieve this a research project, called SEAM4US (Sustainable Energy Management for Underground Stations), has been launched by the EU to develop a new class of energy control system that would support the optimal energetic control of subways.

"A trial has been running at Passeig De Gracia, a metro station managed by Transports Metropolitans de Barcelona."

A trial has been running at Passeig De Gracia, a metro station managed by Transports Metropolitans de Barcelona (TMB) in Barcelona, where the annual energy consumption of subway stations amounts to 63.1 million kWh.

With TMB managing 140 stations in Barcelona, but there being more than 4,400 stations in Europe, the potential saving is enormous – especially if the systems could be adopted worldwide.

Frances Cook caught up with Constantin Brosda, a research associate on the SEAM4US trial of Passeig De Gracia subway station, to find out more details about the trial and its operation.

Frances Cook: How long has the SEAM4US project been in development?

Constantin Brosda: The SEAM4US project started in October 2011 with a consortium of nine European project partners and is funded by EU FP7 ICT.

FC: What areas of Passeig de Gracia will be affected by the trial?

Starting with L3 in 1924 the station has been extended in three periods and [therefore] is an example of different construction technologies.

FC: When was the trial launched at Passeig de Gracia subway station, how long will it last and what is the aim of the trial?

CB: The trial is divided into three phases: in the first year sensors are installed to measure the general energy consumption without modifying the control policy.

"The potential saving is enormous – especially if the systems could be adopted worldwide."

Secondly, this data is used to design a control algorithm.

In parallel to this, interfaces to control the existing hardware are installed at Passeig de Gracia. In the third phase the intelligent algorithms take control, while measuring the energy consumption.

Then the effectiveness of the SEAM4US system can be determined and compared to the first year.

FC: What stage is the Passeig de Gracia subway station trial at currently at?

CB: At the moment we are in the phase of the project where the controllers are installed and the models are prepared to be tested in the field.

CB: As we are focusing on one line as the prototype of the system, we measure the energy consumption for non-traction consumers related to Line 3 at Passeig de Gracia.

The objectives are to develop a multi-agent control system that will save five percent of the energy, which equals 700 households.

TMB reports that the total energy consumption of all subway stations in Barcelona is 77,000,000 KWh, which implies that even five percent will save a considerable amount of energy.

FC: What elements of the Passeig de Gracia station consume the most energy?

CB: During the measurement it was identified that lighting consumes the most energy in this section of the Passeig de Gracia.

FC: How will SEAM4US enable the development of an advanced control system for the Passeig de Gracia subway station?

CB: The system follows the principle of a centralised server infrastructure. Sensors are installed to measure energy consumption on the one hand and to measure "real world" data on the other hand, for example, occupancy, air quality and flows in the station and weather conditions outside.

Based on statistic data recorded in the past and the current values, the control algorithm adapts and optimises the system parameters according to the current and predicted needs.

FC: Why is an advanced control system more effective?

CB: A huge number of existing subway stations have separated systems for each section that are controlled manually. For example, the fans may run at full speed the whole day, independently from the actual requirements based on temperature and occupancy. The automated system, as an extension of the existing control hardware, will continuously adapt according to all sensor data.

FC: What are the obstacles to setting up advanced control systems in subways?

CB: The trial is taking place in real world conditions, so that’s why we don’t replace existing devices but provide additional controllers that are combined. Even though the system is designed to work stand-alone, manual commands given through the existing hardware always take preference, preserving full control for the local operators.

FC: If an effective system is created as result of the trial how easy will it be to create similar systems in other subway stations?

"Passeig de Gracia was chosen as it is one of the few three-line connection stations in Barcelona."

CB: With the results we aim to identify the most potential ways of energy saving in an existing subway station.

With our server we aim to provide a universal system that can be connected through various interfaces to almost all common hardware controllers.

By implementing a high flexibility in the interfaces used, the SEAM4US system is designed to be adapted to the requirements of each subway station.

NextAgent: the next step in transport ticketing?

Forecast spending for 2012 has been lowered as government officials confirm the UK will pull out of Afghanistan by 2014.Cubic Transportation wants to change the ticketing game with NextAgent, its futuristic virtual ticketing concept.