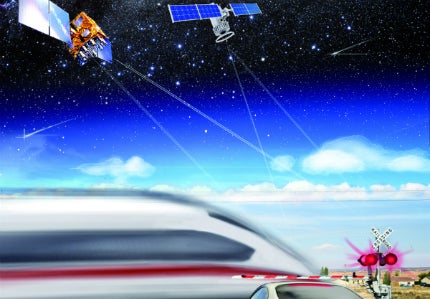 Level crossings, intersections where roads and rail tracks cross one another, are a common sight on railway networks around the world. Despite the ubiquity of these at-grade crossings, most authorities agree that they are an outdated relic of a bygone era when both rail and road transport operated at much lower speeds, and lower volumes of traffic, than they do today.

The inherent safety flaws of level crossings on 21st century transport systems are still linked to fatal disasters with alarming regularity. Accidents at level crossings reportedly account for a quarter of all railway deaths, with the vast majority of fatalities being those unlucky or foolhardy enough to get caught on the wrong side of the safety barriers.

"Accidents at level crossings reportedly account for a quarter of all railway deaths."

These incidents aren’t just impacting individuals or small groups. With the density of road traffic as high as it is today, level crossing collisions can cause carnage on a scale matched only by major derailments. More than 50 schoolchildren and their driver were killed in their school bus after a collision with a train at a level crossing in Manfalut, Egypt, in November 2012, and similarly catastrophic crossing collisions have occurred in Australia, the UK, Ukraine, Slovakia, Poland, the US and others in recent years.

The clear dangers that level crossings present have prompted many authorities, such as the UK’s Office of Rail Regulation, to push for their removal or replacement. But infrastructure practicalities and cost limitations make the wholesale replacement of crossings with bridges and tunnels almost impossible. Despite major level crossing accidents in the Australian state of Victoria, prohibitive costs have slowed progress to replace danger spots. "Somewhere in the order of A$367m has been allocated just for three [crossing upgrades]," said Victorian Transport Minister Terry Mulder in late 2012. "It gives you an idea of the sort of money required to deal with that number of crossings."

With large-scale replacement proving impractical in most cases, the focus has shifted to technological upgrades to make existing level crossings safer. One of the largest and most ambitious of these projects is the European Space Agency’s (ESA) ‘SafeRail – Improving Safety at Railway Level Crossings’ programme, a feasibility study looking at the impact that high-tech space assets could have on the safety of railway crossings. Although the project is in its early stages, its scope and potential has been enough to bag Future Rail’s Innovations in Safety Award 2013.

Headquartered in Paris, the ESA is a cross-Europe intergovernmental space agency founded in 1975 with a modern annual budget of around €4bn, drawing support from 20 European member states, as well as associate member Canada and the European Union.

"The study will look into the effectiveness of in-car or on-road warning systems."

The SafeRail project is funded by the ESA’s Integrated Applications Promotion (IAP), which seeks to develop and implement integrated products and services using space and satellite assets.

SafeRail is one of around 35 feasibility studies funded through the IAP every year, with around 50% of these studies moving forward to full development. Other examples of funded projects cover areas as diverse as geophysical surveying for the oil and gas industry, piracy prevention and disaster response.

A statement from Berner & Mattner gives an indication of the kind of technology that is being investigated under the project. "Considered technical means range from determining railroad vehicles’ position using relative measurements carried out by the railroad company and by satellite navigation to redundant terrestrial and satellite communication and integrated traffic information systems that provide the driver with suitable information."

For road users, the study will look at the possible effectiveness of in-car or on-road warning systems, perhaps conveyed by audio cues, text or vibration. More detailed satellite data might also give rail operators a better insight into road traffic density, allowing them to prioritise safety improvements in areas with heavy traffic or cater to seasonal or touristic shifts in traffic patterns.

The provision of new layers of information to both road and rail users is intended to tackle one of the most persistent causes of level crossing accidents, and one that has always been tricky to overcome – human error. Last year’s deadly Manfalut collision in Egypt, for example, was blamed on a crossing operator asleep at his post. The introduction of real-time, satellite-authenticated information and alerts could help reduce the risk of human lapses in concentration and their consequences.

"The main reason for accidents at RLC [rail level crossings] is human factors," reads SafeRail’s mission statement. "Any proposed service shall address this as an integral part of the solution." The study will also take into account operational differences between main lines, which are highly automated, and branch lines, which often rely more heavily on human decision-making.

Other differences in railway networks across Europe will also have to be addressed, and the study has sought stakeholder input from a wide range of European railway operators, infrastructure managers and road planning authorities. Europe itself is going through a period of standardisation in railway infrastructure, through the development of continental transport corridors and the standardised European Rail Traffic Management System (ERTMS). If a future implementation of a satellite-enabled level crossing safety system can be integrated with these wider initiatives, wider adoption should be much easier to achieve.

It’s important to avoid counting the project’s chickens before they hatch – SafeRail needs to carry out its study to validate the feasibility and potential effectiveness of its core concepts before any conversations about practical implementation.

Nevertheless, the ESA’s scheme holds a great deal of promise for using the communications power of space technologies to combat one of the railway industry’s most intractable safety issues.

Network Rail: building a railway fit for the future

Travelling by rail is already one of the greenest ways to get from A to B, but could the rail sector be more comprehensive in its approach to sustainability?

Advanced aerodynamic design is a decisive factor in improving the energy efficiency of locomotives and rolling stock.