Railway Technology lists five of the most popular tweets on railways in Q3 based on data from GlobalData’s Influencer Platform. The top tweets were chosen from influencers as tracked by GlobalData’s Influencer Platform, which is based on a scientific process that works on pre-defined parameters. Influencers are selected after a deep analysis of the influencer’s relevance, network strength, engagement, and leading discussions on new and emerging trends.

Top tweets on railways in Q3

Mark Smith, the CEO of The Man of Seat Sixty-One, a railway website, shared an article on increase in demand for Europe’s sleeper trains amid the Covid-19 pandemic. The influencer noted that the use of Europe’s sleeper trains was waning, but Covid-19 has revived the demand, as travellers want to avoid departure lounges and security queues at airports.

The article detailed the list of European Union (EU) countries that revived overnight train services. The Swedish government is planning to connect the cities of Stockholm and Malmö with Hamburg and Brussels, while France is reviving overnight trains between Paris and Nice, and Belgium opened services on the Brussels-Vienna route. 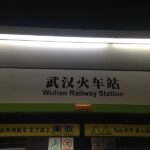 Analysis
Coronavirus: China suspends all modes of transport in Wuhan 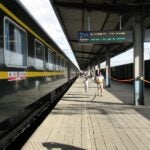 2. RSSB’s tweet on risk of contracting coronavirus on different modes of transportation

RSSB, the official account of the Rail Safety and Standards Board, a non-profit organisation, shared an article on rail journey being more safer and tolerable than all other modes of transportation. The article noted that the chances of getting infected with the coronavirus on an hour-long train journey is about one in 11,000, which is equivalent to less than 0.01%, with no social distancing or face coverings.

The article detailed the safety of an individual traveller per km travelled in different modes of transport being 25 times for car, 403 times for cycling, 456 times for walking and 1,620 times for motorcycle, which is less safe compared to trains. In addition, the risk more than halves if passengers wear a face mask in the train.

Rail is still safer than road during Covid-19. Passengers can be a lot more confident about travelling with the risk of infection being less than 0.01% on an average journey.https://t.co/VliAuwSfjE pic.twitter.com/IfGw6ehRRc

Sir Peter Hendy, chairman of Network Rail , a railway company, tweeted on the reopening of UK’s heritage railways. The influencer noted that the Heritage Railway Association (HRA) is opening some of its 180 sites, with 113 sites equivalent to 63% open as of 13 October under Covid-19 guidance with strict protocols.

The influencer urged the public to use the national network to visit some of these sites.

Support your local heritage railway! The UK’s heritage lines are reopening in a Covid-19 secure way and need your support! https://t.co/MnfsPRKLNn and please use our national network to get there! Peter

Gareth Dennis, writer and senior permanent way engineer at Arcadis , an engineering and management consulting company, shared a video of his interview on the need for investment in sustainable railway infrastructure to decrease the risk of derailments during extremely frequent changes occurring in the weather.

The tweet was in response to the Stonehaven derailment, where a train hit a landslip following heavy rainfall. In the video, Dennis details a three-pronged approach to make railway infrastructure assets resilient against climate change.

He noted that vegetation management is essential to ensure that there are no large or medium sized trees near the railways. Secondly, the rate of renewal, maintenance, upgrading, reinforcement and rebuilding of earthworks should be increased. He added that existing and new technologies should be deployed in addition to a process for the prediction and prevention of earthworks failures.

I've spoken in several interviews over the last couple of days, but in this particular appearance on @SkyNews I was able to make a key point:

In the face of a rapidly changing climate, the risk of derailments increases without the right investment in our railway infrastructure. pic.twitter.com/zoFO5BrsKh

Railway Gazette International , an online website covering railway news, shared an article on Deutsche Bahn (DB), a railway company, placing a €1bn ($1.19bn) order for 30 high-speed trains based on the ICE3 design with Siemens Mobility. The trains can operate at a speed of 320kmph.

All 30 trains are expected to be delivered by Siemens by 2026 and the order includes an option for a further 60 trainsets. The fleet is expected to be deployed on the Köln – Frankfurt high speed line.

The article detailed that long-distance train journey has plummeted but DB’s investment on new trains indicates a strategy to build strong and environmentally friendly rail system.