The growing emergence of IoT is assisting industries across many verticals, including rail. From improving safety to increasing he reliability of services, automated IoT-driven solutions offer many potentials for rail.

Internet of Things (IoT) is a key buzz word and a topic of discussion within many industries, including rail. The emergence of IoT is transforming industries, providing them with new solutions to tackle existing problems.

The inclusion of IoT solutions, as well as automated ones, helps the industry with problems associated with trains relying on trackside switches that are located in dangerous areas, as well as improving rail efficiency and driving down costs. 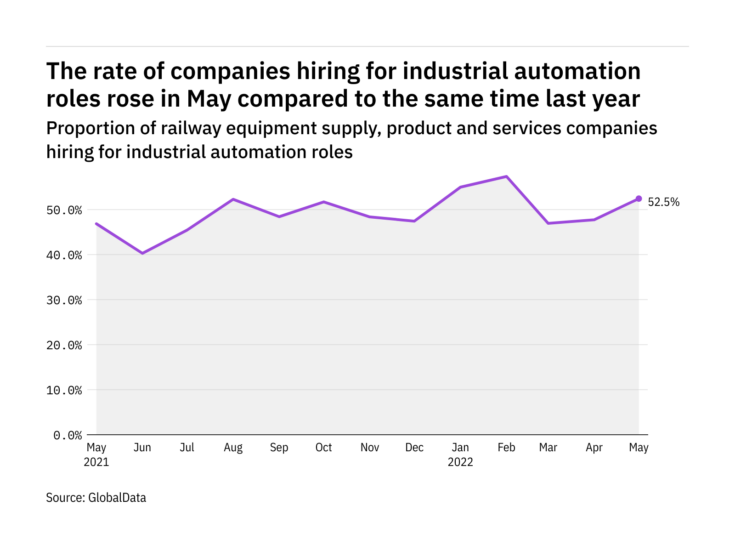 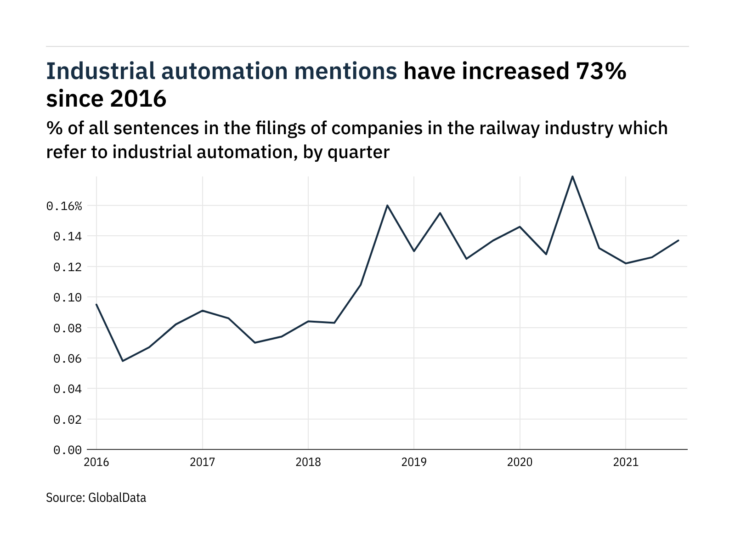 Filings buzz in the railway industry: 23% decrease in industrial automation mentions since Q3 of 2020

Frankie Youd talks to Alan Stewart-Brown, VP EMEA of Opengear, to discuss the benefits of automated solutions within the industry and if they could be the future for rail.

Frankie Youd (FY): Could you provide some background on Opengear?

Alan Stewart-Brown (ASB): Opengear is now a 16-year-old company. We are specialists in network resilience and automation. We’re all about helping companies across multiple verticals, including transportation and rail, to maintain their IT networks and keep them up and running, and most importantly, if there’s any kind of outage for any reason, be able to very quickly overcome the outage.

The more critical the infrastructure, the more important it is to have a way to make sure that it’s always up, and in the event that there is a problem, to recover from that problem very quickly. To be able to do that remotely is particularly important if we look at the railway network and the size of the networks.

How could rail benefit from more automated solutions?

We work with companies such as Thales, we know a lot about what’s going on in the digitalisation of the networks, particularly in the UK, but we’re also working with people like Deutsche Bahn in Germany.

We know that there’s a big push to take what is enormous amounts of old electrical mechanical equipment and modernise it. The main reason being to improve efficiency around predictive and preventative maintenance, because that’s a big issue for rail networks, but also getting into areas of asset tracking and train and track side control.

Overall, the real reason is obviously to improve the reliability and safety of the networks. Certainly, in the UK, we’ve got a rail network that was largely built by the Victorians. There’s a lot of modernisation to go. It’s a big challenge, particularly when you consider that rail projects are generally considered as big infrastructure projects that can take a decade to roll out. They’re not necessarily the fastest moving projects just by virtue of their size and scale.

What are the key problems with trackside switches, how could an automated solution benefit?

A lot of the switches, points, and trackside monitoring is done using electromechanical sensors and they’re prone to failure. In the north at the moment, with flooding, these switches are prone to environmental problems.

They have to be cabled to work and they are less robust. There’s more opportunity for them to fail themselves, or the communication to them could fail because a tree falls on the line and breaks that communication cable. Suddenly you’re not receiving, and you can’t communicate with that device.

By having more digital, industrial IoT-type sensors and control systems, operators have more control and more options over how they can communicate with those devices.

For instance, in the event of a network outage, impacting normal communications with an electromechanical sensor, it’s possible that you could have those devices work over either LORAN for long-range, low-power communication, or by cellular using for 5g connectivity.

The options are wider for the operators and Network Rail to basically deploy these things. They can put more of them out there. Through automation, it reduces the human error element as well.

What are some of the other benefits of automated solutions?

The ideal scenario, particularly when you’re looking at the maintenance side of things, is for the system to ultimately be more predictive. You can alert the railway operation centre of issues; it allows the operators to do things, through the use of clever algorithms, to do modelling so they can start to predict where problems might occur, before they occur, and do something about it.

One of the big challenges is the fact that you’ve got lots of different countries. There are a lot of learnings that that can be useful from other countries, which perhaps have newer infrastructure than we have in the UK.

There are lots of things going on. The lack of overall standards between rail operators is also a challenge. All this data that’s going to be driven and collected – it’s here already. But it’s growing exponentially year on year. What do we do with it? How do you to further improve safety, efficiency, and profitability? The rail industry can learn a lot from other verticals.

Do you see automation technology being the future for rail?

Most definitely. It’s the way of the world and it’s not even the future, it’s the present. It’s happening now and it’s only going to accelerate.

The UK Government, for instance, has recently announced its rail data network marketplace, to try and drive collaboration between rail operators and general tech companies. So the direction of travel is definitely going to be using more technology, and using the data that’s derived from that, to improve productivity and safety.

Once we all go back to travel again, suddenly the news will change and then we will be talking about the fact that we don’t have enough capacity on the railway. But right now, you get on a train and almost have a carriage to yourself, that’s going to change rapidly.

The use of digital control systems, because they’re more reliable and smarter versus their predecessors, allows for shorter intervals between trains. That means you can run more trains on the same amount of track, more safely, and that improves capacity.

The predictive maintenance side of things means that there’s less unscheduled outages of parts of the rail network. You can schedule maintenance easier if you know that things are likely to happen within a certain time scale.