Future Rail is back for another issue packed with technology news and industry analysis. In this issue, we discuss the potential economic impact of a proposed railroad connecting three major cities in North America’s Pacific Northwest, explore how AI and digital twin software could help improve train timetabling, and map out crowdfunded rail projects worldwide.

Whether you are on a desktop, tablet or smartphone, you can read the magazine for free online. 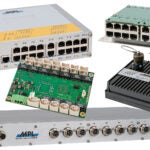 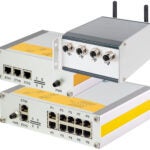 From visionary solution to one of the contactless gang, will London’s Oyster Card survive?

Inside the signalling complexities of the UK’s much-plagued Crossrail project: is there a way out?

Crowdfunding rail: five projects from around the world

From electric trains to traveller apps, here are a few successful and less successful crowdfunded initiatives around the world.

Take a look at our map here.

Launched in 1834, the LIRR has since become one of the oldest and most famous rail networks in the US.

Take a look at our timeline feature here.

From Morocco to Montpellier: inside two award-winning station designs

We explore the pleated-concrete and glass Montpellier Sud-de-France TGV station and the unique undulating facades of Morocco’s Kenitra station.

Watching the clock: can AI help with train timetabling?

How is a solution based on digital twin software set to help the UK’s Greater Anglia plan timetabling more effectively?

An end to ‘cattle’ trains: solutions for overcrowding

From clever carriage designs to innovative apps, how can overcrowding on trains/at stations be conquered?

Wet snow, freezing rain and scorching heatwaves are just some of the adverse weather conditions that could affect the multi-national Rail Baltica project according to a new report, which aims to highlight the impact of climate change on major rail construction works.

We explore the reasons why Chicago’s metro is getting a major facelift a century after its creation, and trace the history of Eurostar after it celebrated its 25th anniversary this year. We also profile maintenance and engineering challenges involved with keeping two of the UK’s mountain railways on track, and ask whether North American railways are prepared to greet an increase in total freight demand of 88% by 2035.

Finally, we speak to Arriva about the implications of its recently launched deaf awareness training tool for London Overground employees, investigate Deutsche Bahn ’s simple solution for overheating railway tracks, and ask which start-ups in the rail sphere will be the ‘ones to watch’ in 2020.